Tom Lagast: “Cohousing is a hobby. It is very timeconsuming. I think we spend (in Ghent) more than a 1000 hours only on project coordination. These groups had to come together every three weeks, then they had to see their own group, and so on. The result was that the groups themselves said at a certain time: ‘it’s going to be too much’. The time question is too much. It had to be fixed in one year. It was crazy but we reached the end in time. It takes a lot of time.”

Ninke Happel: “The sharing and the collectivity is not a goal for us. It has to do with more density and proper living. It also has to do with the fact that developers come with micro-apartments and sharing. The micro-apartment is only 35 m2, so it’s very easy to sell for a profitable price and to make huge money out of it. The collectivity is something they sell it with. What we want is good housing. The problem at this moment in Rotterdam centre is that families cannot stay in the city centre, because there is a huge lack of proper family housing. We think that families only want to live in row houses with a garden, so the family apartment is something we don’t know. All European cities have this typology and we don’t.”

Anne Malliet: “There is a difference between cohousing and cooperative housing. Basically it is a difference between ownership and rent. That is important to understand. It is just another business model. You have to make clear how to get it financed. With the cooperative you have a professional rental market. In Flanders we only have the social housing and the private market. In between there is a huge demand for rental housing.”

Miroslav Sik: “Switzerland is a direct democracy. It means all people are participating. They are choosing their teacher, the policeman, … We are always a consensus democracy. We don’t have to make democracy in architecture. There is an architecture competition, that’s the only democratic way on choosing the architect. Once I have won it, you can call me about money, that’s all. Switzerland is the only country where we have all buildings by competition. Not only the cooperative buildings.” 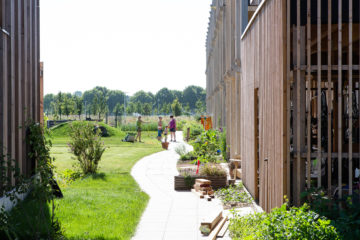 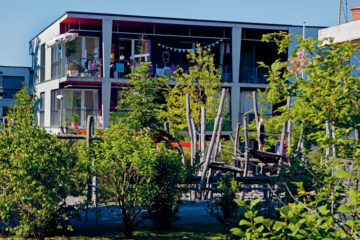 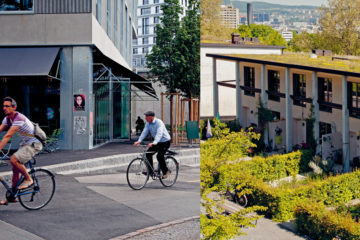 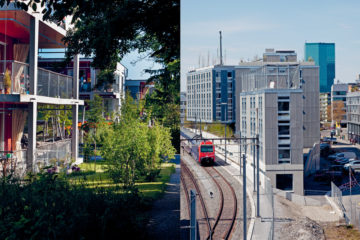